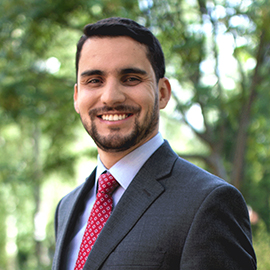 Mr Alisson Andrade has been recently appointed as Advisor for Embratur’s Competitive Intelligence and Tourism Promotion Department. Previously he was in charge of implementing and carrying out marketing strategies related to promoting Brazil as a tourism destination in international markets. He has been a civil servant in the Federal Government since 2013 acting in different sectors, including the Brazilian Ministry of Commerce. He has also experience in the private sector in industrial associations. He holds a master’s degree in International Political Economy from the University of Warwick (England), an MBA in Foreign Trade from the Getúlio Vargas Foundation (FGV) and a bachelor’s degree in International Relations from the Catholic University of Brasilia.

All session by Alisson Andrade