Co-founder , Executive Chairman of the Board Ctrip 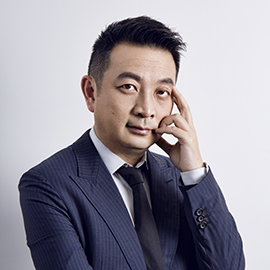 Co-founder , Executive Chairman of the Board Ctrip

James Jianzhang Liang is one of the co-founders and Executive Chairman of the board of Ctrip International, Ltd. (NASDAQ: CTRP). He served as Chief Executive Officer of Ctrip from 2000 to January 2006, and from March 2013 to November 2016. Under his visionary leadership, Ctrip has successfully transitioned from offline to online and from online to mobile, made strategic investments in key industry players, and cultivated and invested in new business ideas. Ctrip is now one of the world’s largest online travel agencies.

In addition to his deep knowledge in the travel space, James is also a leading expert in China’s demographic and other social issues, helping to shape China’s population policies in recent years.

James has won many accolades for his contributions to the Chinese travel industry, including Best CEO in the Internet category in the 2016 All-Asia Executive Team Rankings by Institutional Investor and 2015 China’s Business Leader of the Year by Forbes. He has also authored multiple publications, including the influential the Rise of the Network Society , Too Many People in China? , and The Demographics of Innovation.

Prior to founding Ctrip, James held a number of technical and managerial positions at Oracle Corporation from 1991 to 1999, including the head of the ERP consulting division of Oracle China from 1997 to 1999. He received his Ph.D. degree from Stanford University and his Master’s and Bachelor’s degrees from Georgia Institute of Technology.